We had a good crew out at the forge to begin the load up of equipment for the Mannum event.

Andrew Hood delivered the first of the two sets of forges for the new forge. Quite a few helpers with spanners to bolt it all together. 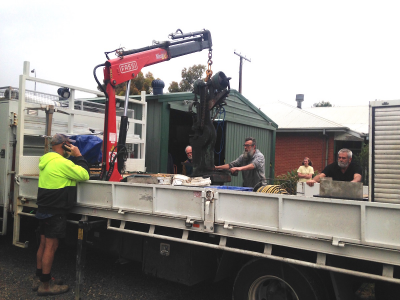 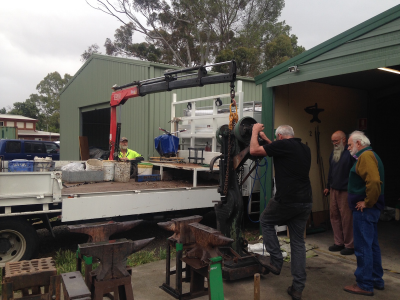 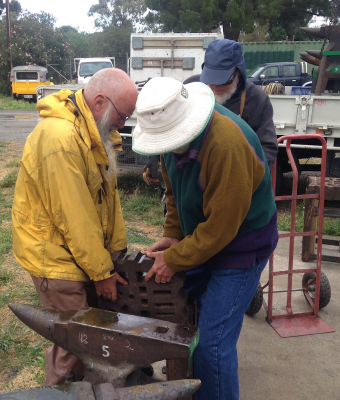 While the day was a little damp the enthusiasm wasn’t. The move went pretty smoothly and Dave got it all up to Mannum in good time.

Some of us followed up and Phillip Allen was up there to give a hand along with a couple of willing volunteers from the museum. 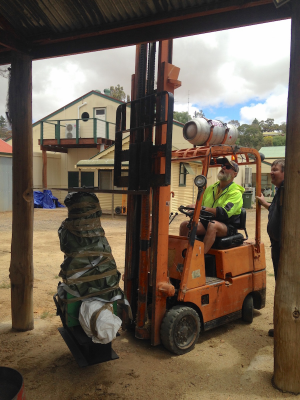 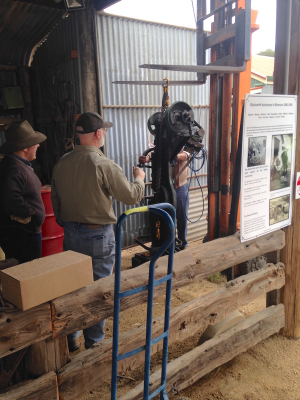 Hopefully, we can get an early start on Friday for the setting up of the forges and gear.